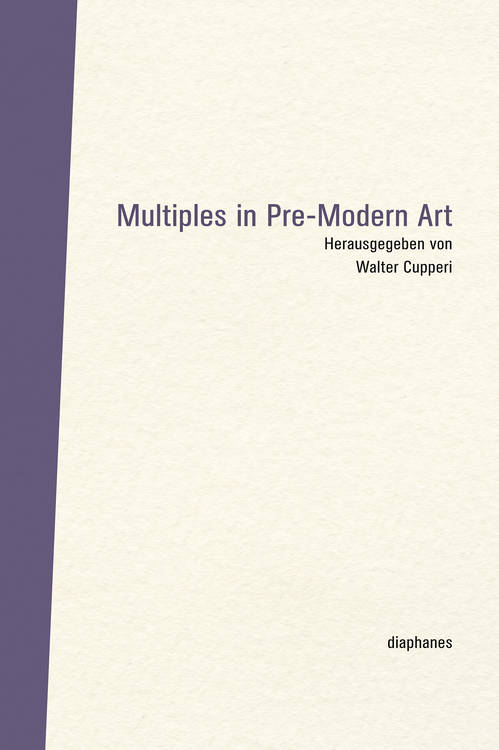 Walter Cupperi's paper addresses the casting of multiple portraits of Charles V of Habsburg (1550—1556) and the particular forms of distribution that could be reserved for the authorized medals, busts and portrait reliefs of a ruler in the mid sixteenth century. In courtly milieus, the authorization of a portrait, its replication by the court sculptor, Leone Leoni, its vertical relation with the features of the sitter and its horizontal relations with other versions of the portrait and their owners were guaranteed, controlled and emphasized in different ways, each of which could influence the reception of these prestigious ›multiples‹. In this field, the distinction between authorized (and authored) replicas and non-authorized ones appears much stronger than the distance between unique and multiple works of art. The essay also explores the possibility that collectors were aware that more versions of the same prestigious portrait existed.

In the last years replicated objects have gained an increasingly central position in the discourse about ancient, medieval and early modern art. ›Multiples‹, we are often told, lack uniqueness, invention, autonomy, and sometimes even authorship. Indeed, ›multiples‹ can be powerful multipliers – in that they enhance the ›aura of the originals‹ that they replicate – but they remain secondary indexes pointing to an ›original‹ imbued with significance. Yet, what happens if ›multiples‹ do not refer to other artifacts at all, or if they are associated with other ›multiples‹ rather than with a first version in the mind of their owners? What happened when serially-made ›multiples‹ were not quite identical to each other, as was the rule with pre-modern artifacts? What shaped their identity and the perception of them as identical?
This collection of essays explores different forms of interaction between the making of artifacts in more than one specimen and their reception before the nineteenth century. It addresses media such as metal, wax, plaster, terracotta, textiles, marble, ivory, porcelain, canvases and tables in an attempt to re-assess the current identification of the mediality of prints with that of pre-modern ›multiples‹ in general.