Fragility is the only thing I really know about me

“Fragility is the only thing I really know about me”

I am not a very balanced person. I am fragile and sad – almost as described in Triste Tropiques by Claude Lévi-Strauss. I feel both those adjectives, I grew up with them. I was aware of my fragility even when I was very young – a baby, learning to walk, living somewhere in Africa and already feeling that the number of white persons was very small compared to the number of black persons and also noticing that most of the black persons that I met were gardeners or maids. I felt – I am sure I am not lying – even at that very young age, not a sense of injustice, but a sort of guilt.

Guilt for what? My parents were nice people, they treated everyone well. My father was avidly learning languages, he spoke many African languages and also Pidgin English very well and he used to speak it to his children. I learned Pidgin English almost before I learned French. So I can say I was well-educated and I was lucky that I was educated far away from France – being able to share different cultures, to have different neighbours. The region I lived in during my early childhood was a Muslim part of the North Region of Cameroon so there were no churches, no Christian presence, the only religion there was Islam. My father got on well with it, but we nevertheless had a pig in our yard. We were saving it for our private meals, because normally we had mutton or chicken. But instead of being strong like an explorer, like a traveller, I lived between two worlds. In one I felt happy – composed of the countries in which I was growing up, the North Region of Cameroon, the South Region of Cameroon, Djibouti and other places. And sometimes for the holidays I stayed for a month or two with my grandparents in France, where I felt a complete stranger, although I noticed I belonged there – because of the colour of my skin, and the similarities between me and the people around me – but there were cultural differences, like having cheese every day which was something I was not used to. So I grew up with that fragility and in a way with a sort of sadness.

When I first read Tristes Tropiques I immediately disliked Lévi-Strauss. I wanted to tell him that nobody asked him to travel that far – on re-reading him I understood more about his intention, but that was my first reaction to it. Besides – since I am speaking about Tristes Tropiques – my mother is of Brazilian origin, 400 years ago her family lived in Amazonia and they pretended to be pure Portuguese, although they were mostly Indians and black people and their insistence on being pure Portuguese is very strange. It is so sad and fragile that it describes me very well.

So for me the question of fragile identities is first of all one of a journey inside myself – my identities, my identity, me, my whole life, my everyday-life – whether I am working on a film or I am desperate not to work because the script is bad or I can’t write. It is a sort of fight between me and who I am. I don’t care about being politically correct. It is between me and me and this journey is profound. When I was a student and read Frantz Fanon’s book Black Skin, White Masks for the first time I understood that there is a travelling space – it could be very small – to find not a true identity but rather to find someone in me whom I can trust and who will be able to make fair films and not anecdotic films, not humanitarian films, not films that are full of generosity. I don’t care about such things I want to make true films and for that I have to find where my fragility is.

As an answer to that I would like to come back to Okwui Enwezor’s question about hostility and hospitality – first of all the word hospitality sets off a bell ringing in my head. In 1996 the French government had difficulties with the migration laws, because of their adjustment to the European system. So suddenly the French laws changed and it was almost impossible to get a hospitality-card, a residence-card. The newspapers reported that there were charter flights full of people in chains to be brought to the countries of their origin, and horrible things like that. So some filmmakers – not friends, but people connected to one another by our telephone or fax numbers, about 15 or 20 of us – addressed a petition to the government asking: “Where are the hospitality laws in France? Where are those laws of hospitality in our education?” It was a question we asked the government and suddenly it became bigger than we had expected. Many other people sent their signatures. We were invited to face extreme right-wing politicians on TV. We had thought that we were used to speak on television, but in fact we were not. It was very emotional and at the same time very strange, and Jacques Derrida wrote a hard-hitting article about The Law of Hospitality and it became a sort of basis of our discussion. In this text he asked another French philosopher, Jean-Luc Nancy, to be part of this movement. Jean-Luc Nancy had been quiet for a long time as a philosopher, he had been sick, he had had a heart transplant. And for many years Jacques Derrida had asked him –

as a philosopher – to write about his experience of having a heart transplant but Jean-Luc Nancy refused. He said: “No I have nothing to say about it. It is so personal, it is so painful, don’t ask me that!” But when he was asked by Jacques Derrida to write about the law of hospitality, the title of Nancy’s text, the title of his answer to Derrida, became The Intruder as in William Faulkner’s novel Intruder in the Dust. The intruder in the countryside of William Faulkner’s novel is a farmer. He looks white but the owner of the property knows that he has a little bit of african blood in his veins. He knows that this farm was given to him by the man who before was the master of the farm but that he himself is not white. By the way, at this time Jean-Luc Nancy didn’t know the William Faulkner novel, so the word Intruder had come naturally to his mind. And when he started writing, he understood after one or two sentences, that he was in fact writing about his own experience of receiving a new heart, not knowing, of course, whose heart it was. The only thing he knew is that the heart belonged to someone who had just died and he asked himself the question: “Could it be the heart of a black woman?” He knew that many men before being anaesthetized beseech the surgeon: “Please, please swear to God that it is not a woman’s heart. I want to be sure that it is a man’s heart, because I could not live as a man with a woman’s heart.” And the surgeon explains: “It is only a pump, the heart is nothing sophisticated. It is just a pump. For us surgeons it is the easiest kind of surgery. It is like the work of a motor mechanic. You don’t have to worry.” The thing is, of course, that now they even can transplant pig hearts into human beings, which causes another problem.

So Nancy started writing his book L’intrus – a very short book of only 30 pages – and with it, he expressed what physically happened to him because of the intrusion, because of the intruder. I made a short film with him about this process, and afterwards a feature film . But firstly I asked him about the force of the word intruder: “Doesn’t Intrusion parallel the law of hospitality? You have hospitality and the answer is intrusion?” And Jean-Luc Nancy told me: “Yes, but this is exactly what I mean. The law of hospitality only exists if there is an intrusion, if an intruder enters the room. If it is your cat, your neighbour or your brother you don’t need to ask for laws of hospitality immediately. You don’t even have to say hello. An intrusion, however, is never soft, it is never simple, that’s why a law of hospitality exists. Intrusion is always an intruding otherwise it is not an intrusion.” I was enthusiastic about that answer almost as if it were the answer to everything. In sex, for example, there are intrusions, which are not only gentle and I thought, laws, just like taboos, are invented to shield us from a sort of fear, fright and repulsion.

In his book Nancy develops a situation in which, after getting a new heart – your life is saved, you can breathe – the body refuses the new heart. It is called a rejection and it is medically not uncommon, because the immune system suddenly reacts everywhere in the body and rejects the saver: “No, it doesn’t belong to me.” Therefore you have to take medicine, which was discovered 30 years ago. It weakens the immune system and makes you more fragile. So on the one hand, because of the weakened immune system, you’re not as strong as you were before, but on the other hand little by little the body can accept the intruder. It was a great fortune that I read both texts in those years, one speaking of hospitality and the other speaking of intrusion as the very same process. The question also needs a physical process. You can have moral codes, you can be a good person, but there is a moment where fragility is important. And there is a state of strength, a state of being able to reject every intrusion that makes you weak in a certain way. So that is what I wanted to say when Okwui Enwezor spoke about the laws of hospitality and the intrusion, which I think for me was a very important moment that I tried to show in my films as much as I could.

To conclude, I would say that exploring, the first journey has to advance inside oneself to find the point where I am fragile, where I can be touched, where the contact is possible. Last week I was in Goa in India, today I am here – the plane brought me there and I was trying to understand, but it is not a genuine effort of self-investigating. Here, today I, myself, have to make an effort – to understand why I accepted this invitation to say something about Fragile Identities. If someone on the street would ask me what my identity is, I would not be able to answer other than giving him my papers. Fragility is the only thing I really know about me. 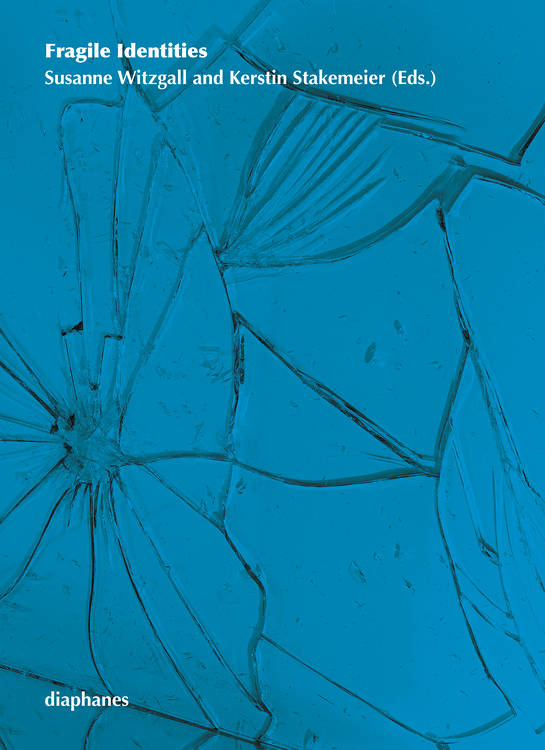 What is the current state of the subject and what about the status of its self-image? In contemporary discourses we encounter more and more “fragile identities,” in artistic works as well as in scientific theories, and those are today much less referring to a critique of the concept of identity, but much rather to the relationship those concepts of identity entertain with the overall precarious state of the subject in current social conditions that are characterized by political upheaval and change.
The book Fragile Identities investigates among other things the chances and also the possible endangerments of such a fragile self and asks for the resurging urgency of a contemporary concept of subjectivity. The publication combines international artistic and scholarly contributions, discussions and project documentations in relation to the second annual theme of the cx centre for interdisciplinary studies at the Academy of Fine Arts Munich.